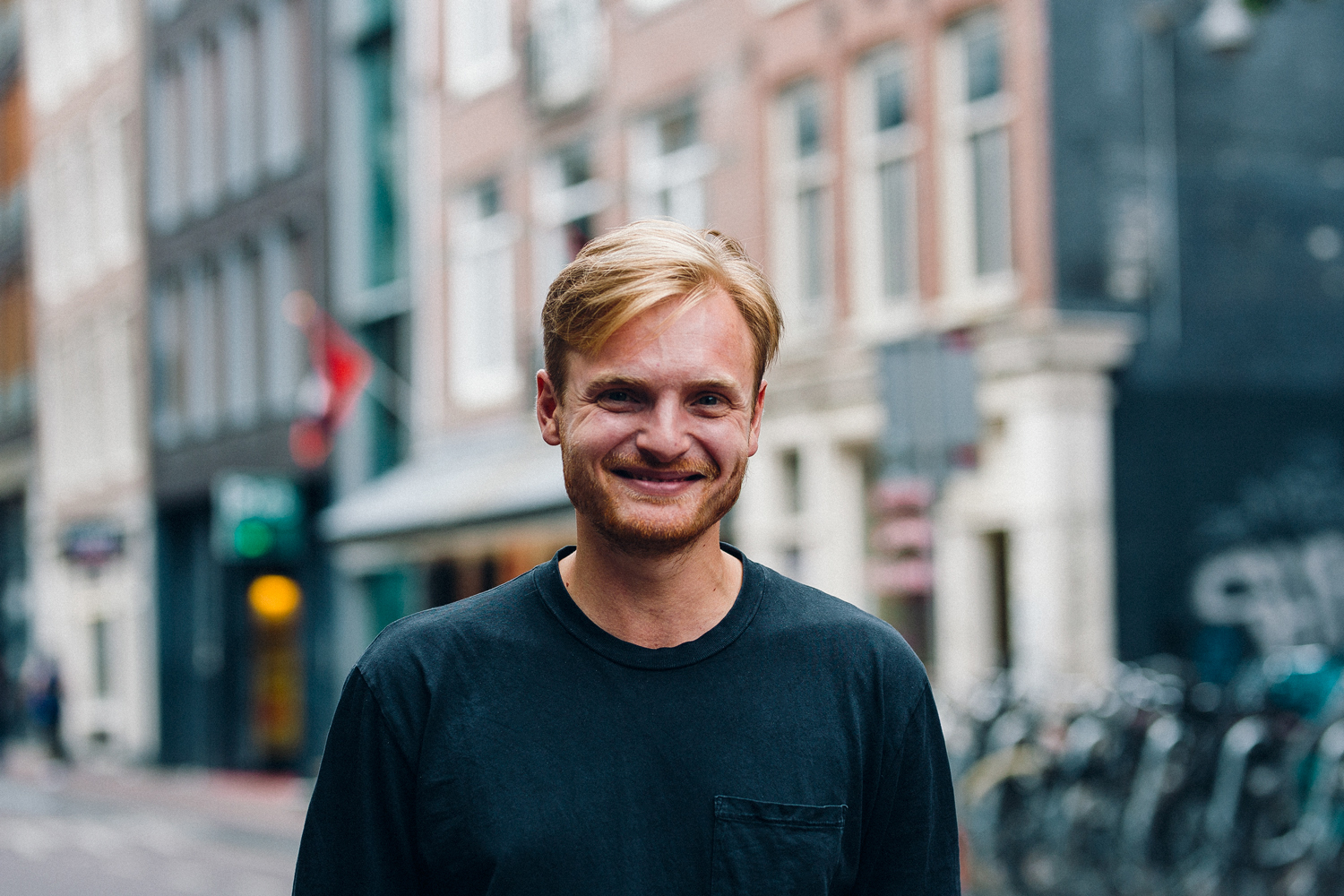 A conversation about values, vision and how Foster & Kin came to be.

Foster & Kin was founded by Perre van den Brink following nine years leading global agencies. Working at big firms was great, but also an experience that left him with a good idea of how he’d like to do things differently. So he did just that, founding F&K in 2020 with a clear set of defining principles at its heart. Perre thinks that writing about what you do, why you do it and how you got there can be a bit dull and formal so instead he invited Eliot Haworth, the deputy editor of Fantastic Man magazine, for a conversation about values, vision and how Foster & Kin came to be.

Eliot: Your path is quite non-linear and involves both journalism and clothing design, can you talk a bit about that?
‍Perre: Both my parents come from journalism, so I grew up surrounded by it and then I started writing in school. After school, when blogging started – I feel so old saying that – I started a blog.
‍
What was your blog about?
‍It was about art, fashion, design, architecture. I wrote a bunch of columns on different topics. It wasn't big but it had an influential crowd reading it and because of that I got invited to write a column for a fashion magazine called Blend. From there, they asked me to become editor in chief. That was my first official job in journalism. I was the editor in chief, but I was also deeply involved in the commercial side of the company.
‍
And from there you went to VICE?
‍That’s right. I went to VICE and I started running editorial there. At that time it was still only VICE, and then we launched Noisey, Motherboard and other platforms tailored to specific fields of interest for the audience. That was my second job in journalism. Then when Virtue launched as an agency within VICE I joined that and from the outset I brought a journalistic way of working with me.

"Journalism is a fundamental controlling power. It questions things and makes sure things are legit, and I feel that shouldn’t be separate from the work of an agency."

What did that look like in practice?
‍It was partly the medium. We did a lot of documentary work, which I still do now. But it was also to do with principles. One was curiosity; always wanting to find out more and tell a story. That’s absolutely key. I’ve also always believed that journalism is a fundamental controlling power. It questions things and makes sure things are legit, and I feel that shouldn’t be separate from the work of an agency. I think there’s a responsibility to make sure what you are doing, what you are saying, who you are working with, that it's all genuine. Some people are very open about that not being a concern; I had someone the other week, even, say to me, “Whatever. I’m just there to help clients sell more.” In a weird way, it was refreshing in its honesty. But that’s never been my way of thinking. It’s just not what I want to build.
‍Alongside this you were also running a clothing label?
‍My friend and I had a premium sportswear line called Tratlehner. That was a lot of fun. It was very much a side project but it was also really key in helping me understand how to better run an agency. Looking at the industry of agencies, broadly speaking, it can often be very sheltered from reality. You come up with a good idea but rarely are these ideas born from a full understanding of what a business is about or how it functions.

"I’ve never felt that the agency model is a particularly durable model, because you don't build value." 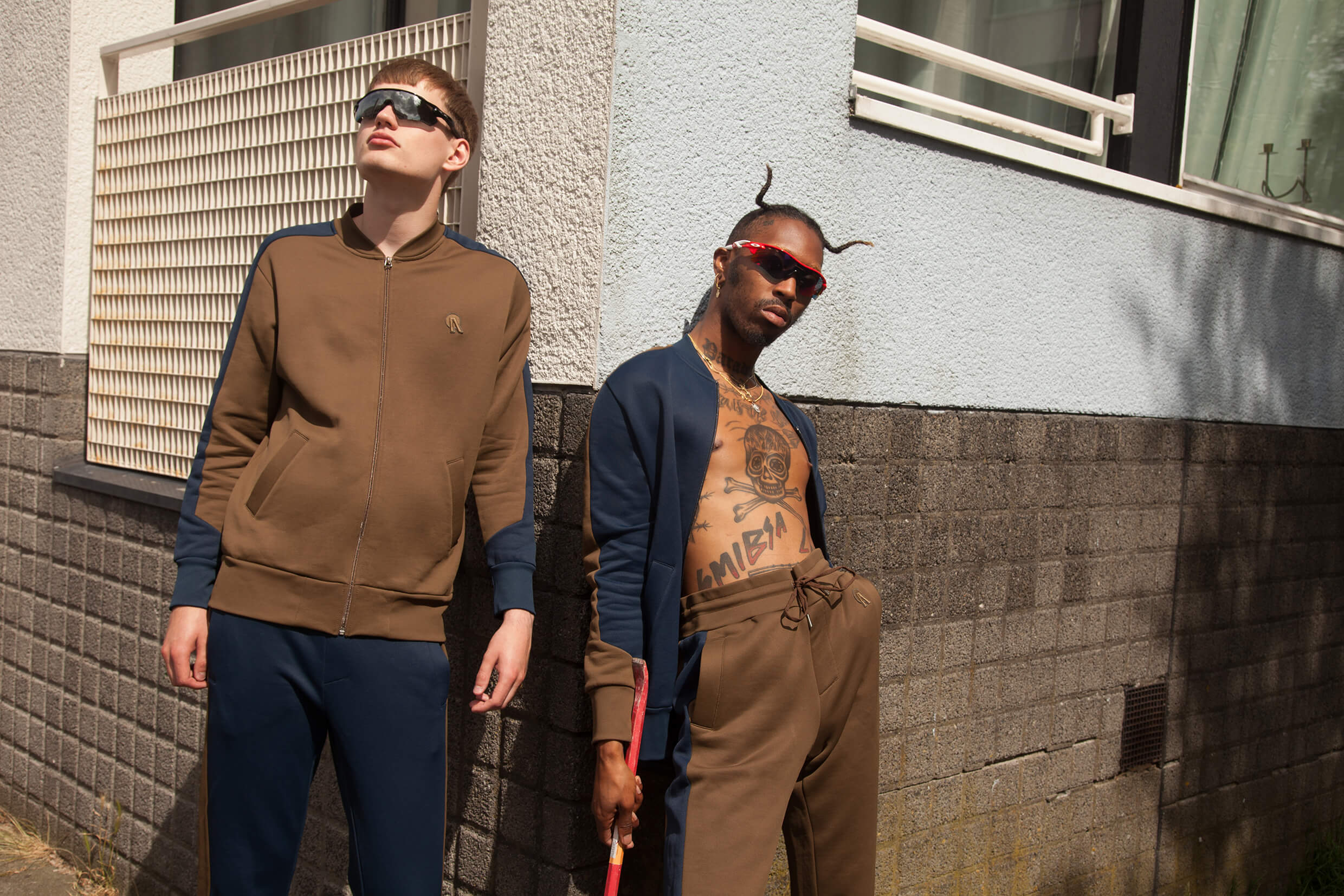 You just exist in isolation in your ideas factory.
‍Exactly. But in running this label I was engaged in every aspect of a business: making the product, sales, distribution, all the unglamorous stuff. I was literally deconstructing T-shirts and then figuring it out for myself, like, “Oh, okay. So that’s how you make a garment.” I think having understanding at that level really helps to give more credible advice to businesses when you are working with them. It also satisfied my entrepreneurial side. Eventually my friend and I decided to stop the label and I think that ultimately led me to exit Vice, because my entrepreneurial side wasn't satisfied anymore. I was running an international agency but I didn't feel the autonomy or the independence to make decisions purely based on my own vision.

Side projects seem to have allowed you to explore things that were missing in your day job. Is your ambition in setting up your own agency to try and align all of those things together and to do things on your own terms?
‍Very much so. I’ve never felt that the agency model is a particularly durable model, because you don't build value. You work for people, make some cool ads or whatever and then you usually go your separate ways. For many people that’s fine but I was never very comfortable with that. So when I started Foster & Kin I was determined to work in a way that builds value. Quite early on I sketched out a simple model: Agenda, Agency, Adventure. The idea is first you set the Agenda. That's our vision for how brands, companies and culture interact. It’s both internal and something that we communicate more broadly through a media outlet. The idea is we create interesting stories about the intersection of business and culture. Meanwhile Agency is about working more directly with the client and expressing the values outlined by the agenda. So it's marketing and communication, designing culture, finding new business opportunities, coming up with new products. Very broad. And the last one is Adventure, in which you go one step further with certain projects and actually get involved with them as a shareholder. Slowly but surely you build a portfolio of projects that you find interesting and that you actually have a stake in and are actually building value for in the long-term. ‍‍ 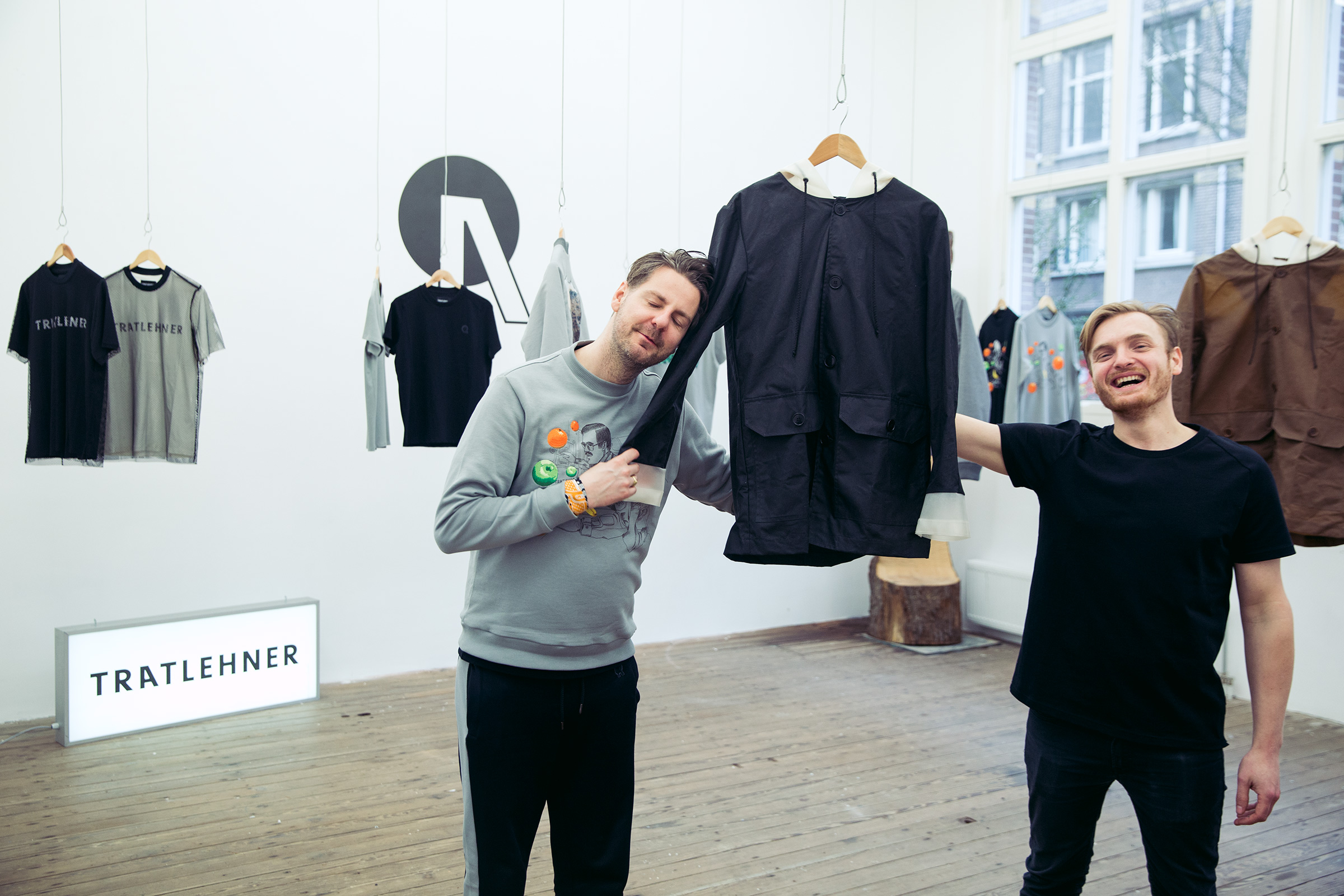 "We create stories on the intersection of business and culture"

How have you chosen which companies to work with since starting Foster & Kin?
‍It's a small set of companies. Usually start-ups and scale-ups. At the beginning, and I realised this was partly ego, I thought I needed to bring in big corporate clients because it would look good on LinkedIn and help bring in other clients. But I enjoy working with scale-ups and start-ups much more. This comes down to the way in which the people you work with are personally invested in their companies versus someone who works for a corporate. I know from first hand experience what corporate culture is like and often it’s not great. A lot of them don’t treat their partners well and have special departments to squeeze your rates as much as possible before you start working with them. That's such a toxic way to start a relationship. You don't have that with scale-ups. You work with the founder or the CEO, people who are deeply passionate about what they do and who have influence over everything in their business. So you can work on marketing and communication, but also on product development and culture, which is not possible in a corporate organisation. My conclusion of year one is definitely that I'm not attracted by the idea of working for these massive corporations and the work culture they bring with them, because it ultimately means not getting enjoyment out of what you do. Increasingly I also like the idea of not being for everyone... I hope that doesn’t sound too arrogant, or too snobby. 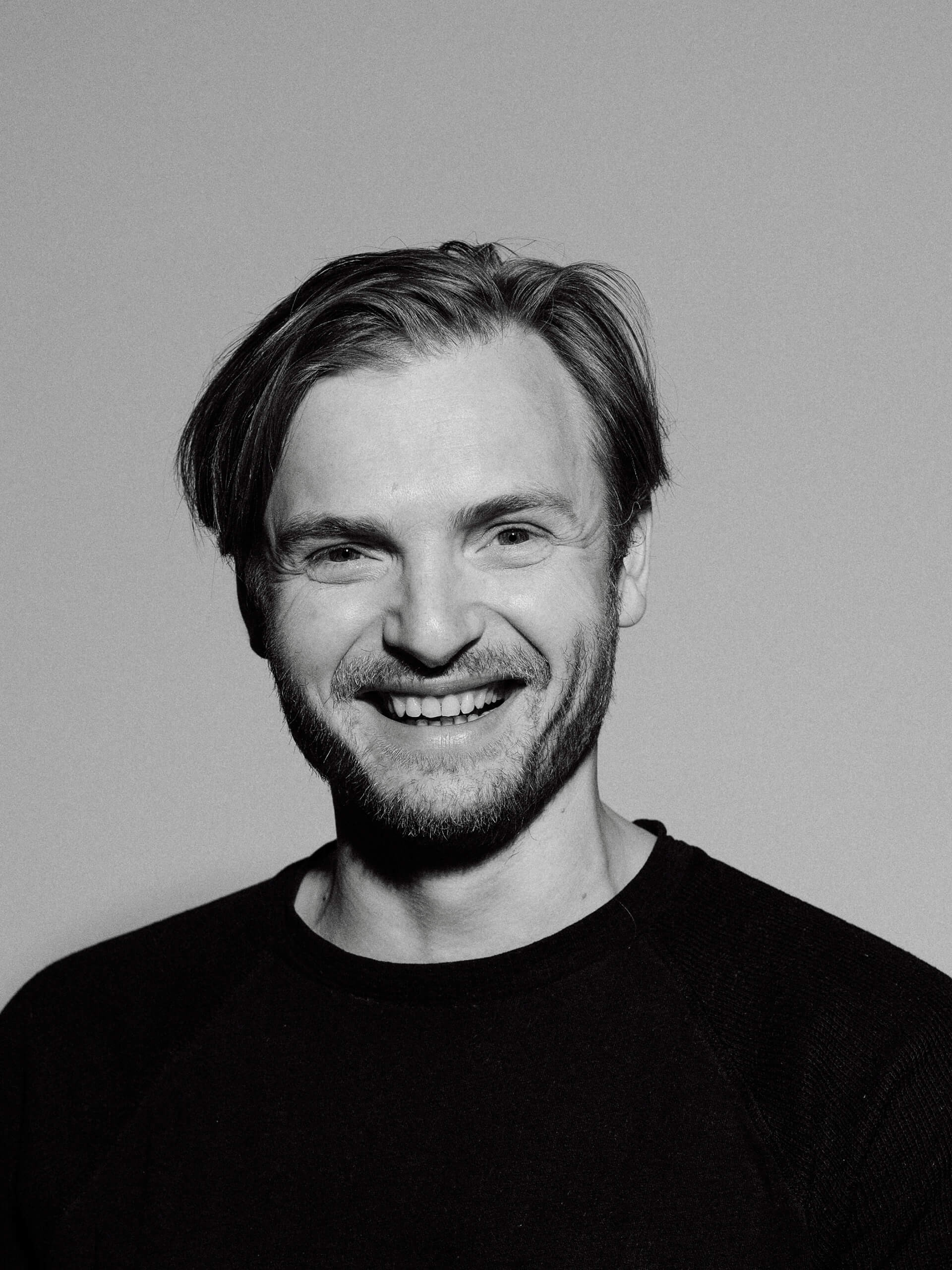 It's not snobby if it’s for the right reasons. It’s about creating a sense of clarity around the way you want to work as well as being uncompromising about what you will and won’t do.
‍One of the highlights of my year was actually handing a project back. I was involved in a project and it had a toxic client. I had a presentation and this person was very rude, and it wasn't the first time. At first my reaction was to stand there and take it but that evening I realised that the whole point of independence was being able to define what you want to do and to say no to things you aren’t comfortable with. So I gave it back. The next day I called them. I was, like, “Hey, I'm very sorry but I really don't like that way of working. So I’m going to hand this assignment back and I can connect you with someone else.” And that was one of the highlights of the year. That felt like such a win.
‍
Who are your dream people to work with?
‍People who are innovative, who solve things. Companies with very strong and simple solutions led by a group of people who are passionate about what they do and genuinely nice. That, to me, is a dream client. I also like to work with clients who are design-minded and want to make things as beautiful and as good as possible. There’s a German coffee roaster called Bonanza who have the motto that everything they do should be “unnecessarily good.” It's not strictly necessary to do it that way, but they do it anyway. I love the sentiment. I wish I had come up with that.

Thank you for subscribing
Something went wrong